Weekly Blog Journey of a Christian

Journey of a Christian

Mankind’s journey began at the creation of Adam and Eve. The Christian faith started with a couple named Abram and Sarai, from whom the lineage of our Lord Jesus was traced.

The journey of Abram was called out by God because He chose to raise a peculiar people to reveal Himself as God, to the nations. This was re-confirmed in Exodus when Moses re-established that same covenant, reasoning with God not to destroy His peculiar people, when He was about to and willing to start all over with Moses.

From the Ur of the Chaldeans to the land of Philistines, from Egypt to the Wilderness, and onwards to the Promised land. From riches to dependency, from the populous to being out of the ordinary. From a culture of the powerful to the powerless in society.

Both departed from a supreme civilisation – Abram from the Ur of the Chaldeans and Moses from Egypt – to take them on a journey into what seemed like a barren land, but came into a land flowing with milk and honey. God covenanted with His peculiar people that He will watch over them.

The final destination Abraham looked towards and waited for was for the city which has foundations, whose Builder and Maker is God. For Moses, the final destination and goal of God’s calling was to bring His people into the promised land of Canaan. It looked like neither Abraham nor Moses physically entered into the promise, yet their eyes beheld it as they lay fixed on their journey.

A few years ago, my husband gifted me a huge leather-bound book, about 35cm by 30cm by 10cm, written in the Welsh language. My first thought was this, “How will I ever get to read this book as I only knew two words in Welsh, ‘Bore da’ which means ‘Good morning’? I’d definitely have to learn more than that.”

For beginners, you should start with 250 to 500 words. With 1,000 to 3,000 words, you can carry on everyday conversations, while knowing more than 10,000 words will put you at the fluent or native-speaker levels. At that point, I agreed with myself that it was not my goal at this time.

The beautifully leather-bound book was titled, ‘The Pilgrim’s Progress’ by John Bunyan. So why in Welsh and not English? Was it because it held a certain distinctiveness and peculiarity, or he simply thought it was beautiful? I believe he thought it’d make a unique and special gift.

Indeed, the Christian life is a pilgrimage with a glorious conclusion. If there’s a place we’re to be, we’re not there yet, and there are questions we need to ask. Do we plod on unconcerned, or should we make sure we have our bearings straight; and if it’s not, is it to be corrected? Like Abraham, our destination is the City of God to which we march ever onwards and upwards. Bunyan calls it “The Celestial City”.

Hebrews 11: 9-10 says, ‘By faith he (Abraham) dwelt in the land of promise as in a foreign country, dwelling in tents with Isaac and Jacob, the heirs with him of the same promise; for he waited for the city which has foundations, whose builder and maker is God.’ I believe when Abraham was here on earth, he was looking forward to being part of the Kingdom of God. He was not looking towards a spiritual habitation.

John the Apostle writes in Revelation 21:10-11, “And he carried me away in the Spirit to a great and high mountain, and showed me the great city, the holy Jerusalem, descending out of heaven from God, having the glory of God.”

We know God’s intention has always been to dwell among men, here on earth; therefore, our destiny is divinely linked to how we walk on earth.

Our journey as Christians is not centred on the Cross, but starts at the Cross, and the journey continues in the resurrection life of our Lord Jesus Christ. Paul speaks of ‘a form of godliness but denying its power.’ Heaven itself is also not the focus and destination of the Christian because if we’re in Christ, we’ll be with Him.

Truly, it’s not so much about the Christian getting up there, but about the Kingdom of God coming down on earth, for Jesus taught us to pray, “Thy kingdom come, thy will be done; On earth, as it is in heaven.” It’s for us to enjoy the unsearchable riches of Christ, but not to remain on the mountain where we have the revelation of God, His economy, and His house.

Like when Peter said, “Let us make here three tabernacles: one for You, one for Moses, and one for Elijah.”, where we build the miniature of the House of God as a movable tabernacle?

In our journey as a Christian, our hope is to move onward to the good land, to take hold of His promises and enter into the possession of the all-inclusive Christ. It’s to deal with the self and the flesh, and to live a life of ‘no longer I but Christ’.

When we choose to know Christ and the power of His resurrection and the fellowship of His sufferings, being conformed to His death; this is how we move onward. 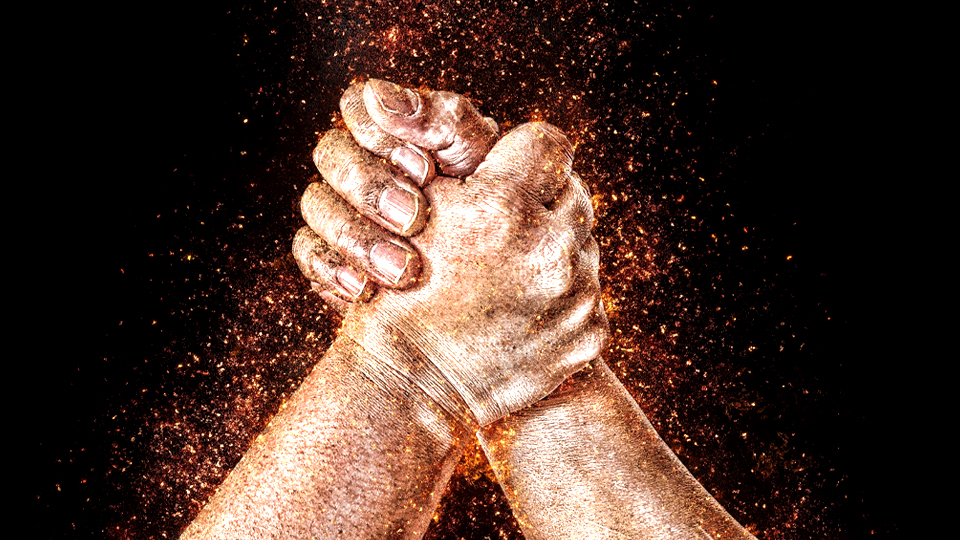